Why do people love their pets? 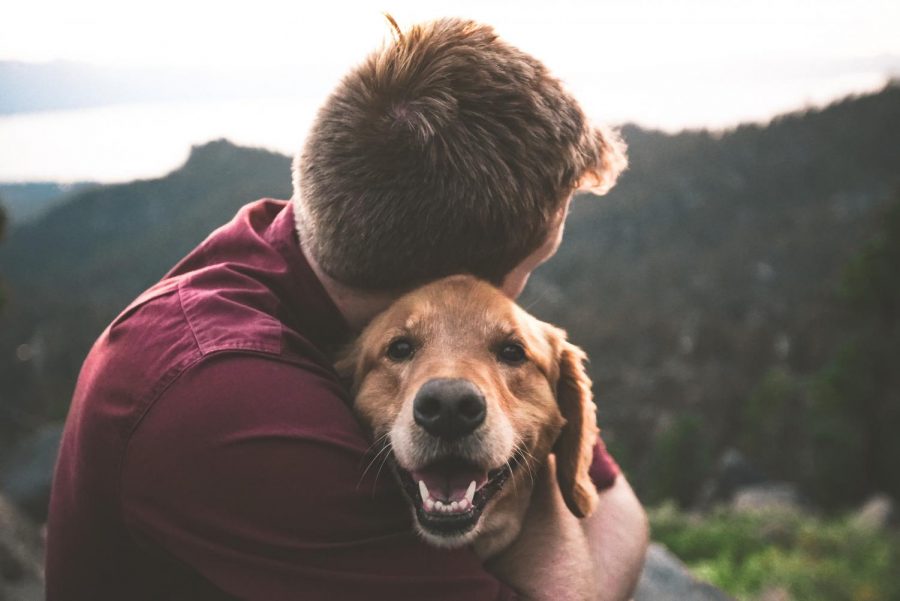 Photo by Eric Ward on Unsplash

We all know about pets, whether you have one or want one, and one thing with pets is that if you have them, you most likely love them. BUT WHY? Why do humans love to have pets? What makes them so appealing? That is a question people have been trying to figure out lately, and with the help of students around campus, an answer can be found.

To begin, students were asked three things, if they had pets, what they had, and why they loved them. Their answers were then collected and divided them into three categories. Cat people, dog people, and people with slightly more unusual pets, such as birds and reptiles.

The people who had cats and dogs had similar answers. An example being the answer from Dylan Korum, who said he loves his cat Quavo because “he cuddles me,” and the answer from Nya Brader, who responded that she loves her dog named Missy because “she’s my cuddle buddy.” Similar responses were given by Cassie Force, who said her dog named Kirby is “super cuddly ” and Aiden Bain, who said his cat “likes to cuddle a lot”.

It appears that cuddles and quality time are a key factor in pet love. And evidence from sources such as the internet shows that another part of that love comes from playtime. This belief was reinforced by Bain’s statement that his dog, named Dutch, ”is energetic and likes to play.” And that Force also said that her dog is “fun to play with.”

So, from the answers given by the cat and dog owners, cuddles and playtime are two main reasons people love their pets. But then there was a problem with the third category. What about those pets that really are not the best cuddlers or players? Where do they fit into the pet equation?

First off, finding anyone with a pet other than cats or dogs was difficult, but Calvin McDonald is a reptile enthusiast, and the only person that could be found who had an unusual pet. When he was asked how many reptiles he had, he responded with a long list, including a turtle named Dude, a chameleon named Boris and a carpet python he named Chungus. After being asked why he loved them he jokingly responded by saying “they are my only friends.” He then said, “They are the most beautiful creature of all, and their faces intrigue me.”

Now,  a conclusion can be made. People love their pets because of what they do and what they are. It’s as much actions as it is appearance when it comes to pets, and everyone has their own likings. A pet is like a friend, one that is just there when you need them. It doesn’t matter what pet you have; your love is probably given to them because practically everything they do is loveable. The constant cuddles and play, the way they look, everything.