The Consequences of Vape: Chapter 2

Evidence has now been determined by scientific specialists about what the real costs of vaping are, and where it comes from. 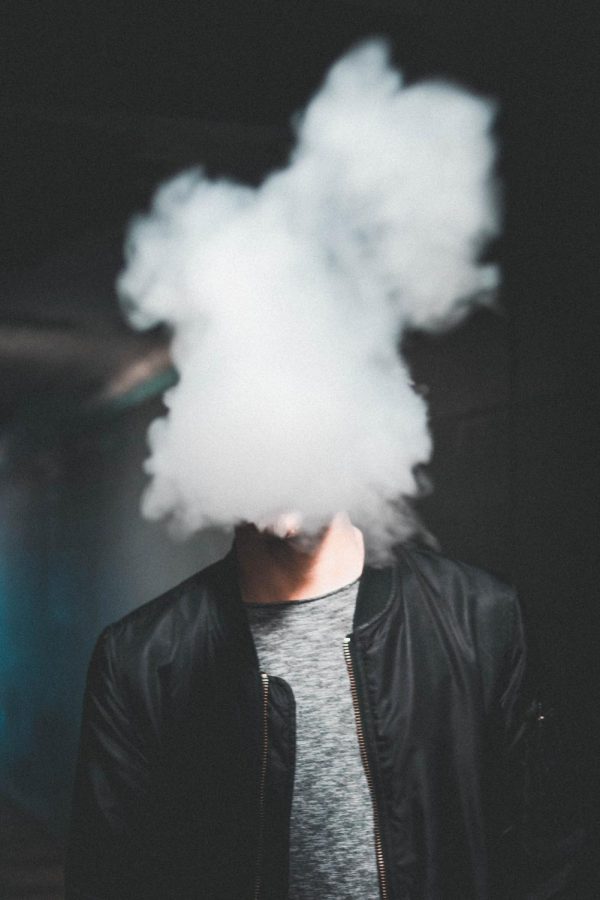 Health across the nation is suffering because of vaping. Numerous individuals are now facing the costs of using these electronic cigarettes, and yet some still find no desire to quit. Our own school bathrooms are getting closed because students use that area to vape. Vaping is not something to take lightly; it is now a crucial addiction that needs to be discussed. In the previous chapter, it was mentioned that there was no scientific conclusion to what vaping can do to our bodies. Now, there is evidence that the escalation in the use of vape products has consequences.

The New York Times states on September 19th, “The number of vaping-related lung illnesses has risen to 530 probable cases, according to an update by…the Centers for Disease Control and Prevention, and a Missouri man became the eighth to die from the mysterious ailments”.

These illnesses consist mainly of lung diseases, and specialists discovered patterns in symptoms between patients.

According to Vox, “They suffered from respiratory symptoms, including coughing, shortness of breath, chest pain, and difficulty breathing. Nausea, vomiting, diarrhea, fatigue, abdominal pain, fever, and weight loss were also common symptoms”. Students today could now be facing these symptoms yet ignoring them.

Now, in November, “Federal health officials have identified vitamin E acetate in the lung fluids of 29 people sickened in the outbreak of dangerous vaping-related lung injuries. The discovery is a “breakthrough” that points to the oil as a likely culprit in the outbreak that has sickened more than 2,000 people and killed at least 39, a top official said Friday.” Vitamin E acetate is a thickening agent in some products, mainly skin creams and lotions. Though it also serves as an additive that might impair lungs. This information proves that vaping can be fatal, and should not be pursued by young adults or anyone for that matter. It is scientific facts that show the harm it can do in someone’s body.

Therefore, some states have decided to put a ban on flavored vaping due to the mysterious side effects and potentially dangerous chemical compounds. Oregon Governor Kate Brown for example, says, “‘Until we know more about what is causing this illness, please, do not vape…Talk to your children about the dangers of vaping. The risks are far too high’”.

And fascinating enough, our own state of Washington Governor Jay Inslee officially announced an emergency ban on flavored vaping as of October 10, according to CNN health. The ban will last 120 days, however Inslee hopes to go further than his “executive order”.

Moreover, there are various black market businesses profiting off of these vape products, such as JUUL, pods, flavored nicotine juices, vape pens, etc. Looking at Washington State Law, a person has to be 18 years of age to purchase these items, however students as young as 13 are getting their hands on it, which could possibly be through the black market.

Additionally, THC, a psychoactive compound mainly found in marujuana to give that “high” feeling, is a main ingredient in vape products as an oil. Even though THC oil is bad enough, The Washington Post says black market producers are now using, “…vitamin E acetate. It is also colorless and odorless, has similar viscosity to THC oil, and is much cheaper. The sign of THC purity on the black market is oil thickness”. This peculiar swap of products makes it even more hazardous, since vitamin E acetate is most commonly used in skin-care items; but not for consumption. Therefore, people selling vape products on the street could quite possibly be harming someone, just for profit.

As of this September, here is what the Washington State’s Department of Health has scientifically discovered about vaping, based on their website:

It can damage your heart, arteries, and lungs, increasing the risk for heart attack, stroke, and chronic lung disease.
Solvents and flavor chemicals used in vapor products are hazardous to human health, such as propylene glycol and glycerin, and classified as toxic.
Toxic in both e-liquid and aerosol form.
Benzaldehyde (used in cherry-flavored products) and 2, 5-dimethyprazine (used in chocolate-flavored products), specifically, may harm human health.
“Consider the risk”
The National Youth Tobacco Survey showed that e-cigarette use increased 78 percent among high school youth and 48 percent among middle school youth from 2017 to 2018.
Among youth who vape, 16 percent also report smoking cigarettes.

Looking ahead, it’s unclear what will happen next. But it’s clear that vaping is a trend that needs to come to a halt, but it is a choice. Choose wisely.