Student arrested on campus with firearm in September

Student apprehended by security guards before school even began. 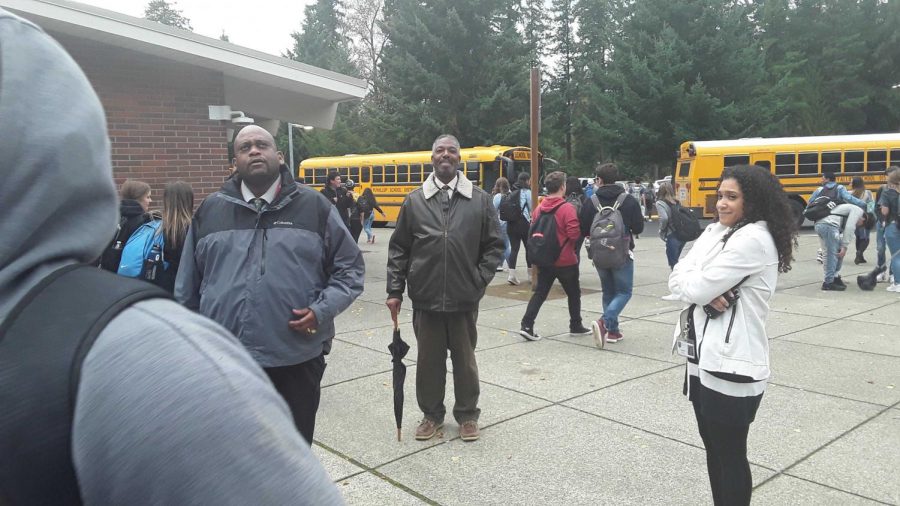 The afternoon of Wednesday, Sept. 25, was a confusing one, as students from Rogers High School had just come home from school to find their parents in shock by an email received around 4 p.m. The email stated that a student on campus had been carrying an unidentified weapon, which sparked curiosity and worry within the community. Many were concerned about the safety of the school and speculating wildly.

That morning, a student was wandering the campus before school. Principal Jason Smith received a call from the student’s mother that the student may be carrying a firearm. Shifting straight into action, the security detail and the principal moved to find and detain the student. The suspect was found, and an arrest was made as he had, indeed, been carrying the firearm as described by his parent.

Now, this incident happened many hours before the message was sent out to parents, which raised quite a few eyebrows — and questions. Why was there no lockdown, or information revealed before school had started? What does this incident mean for further security details? What should the students garner from this incident?

According to Smith, the incident occurred before the campus was populated, therefore there was no present threat to the students or faculty. The student was caught, and the situation was handled before anyone was around to harm. Smith declined to comment on whether the suspect intended on hurting anyone. However, we do know that this student was apprehended, and after his apprehension, Smith said proper punishment was taken.

“When situations like this do happen, we go for full expulsion,” Smith said.

For a final thought, what now? Do students need to be worried about our security? Absolutely not. As Smith told The Commoner, the school’s security team is constantly on the lookout for newfound dangers to the students and staff at our school.

However, Smith has a message for the students of the school: It is time, especially in our day and age, for us to be more vigilant of dangers, as well as for us to make sure we take security measures seriously.

“Some of the feedback we got from our last lockdown drill, not many students took it seriously, and they were just joking around,” Smith said. “It’s important in our modern times and current temperature to take these more seriously.”