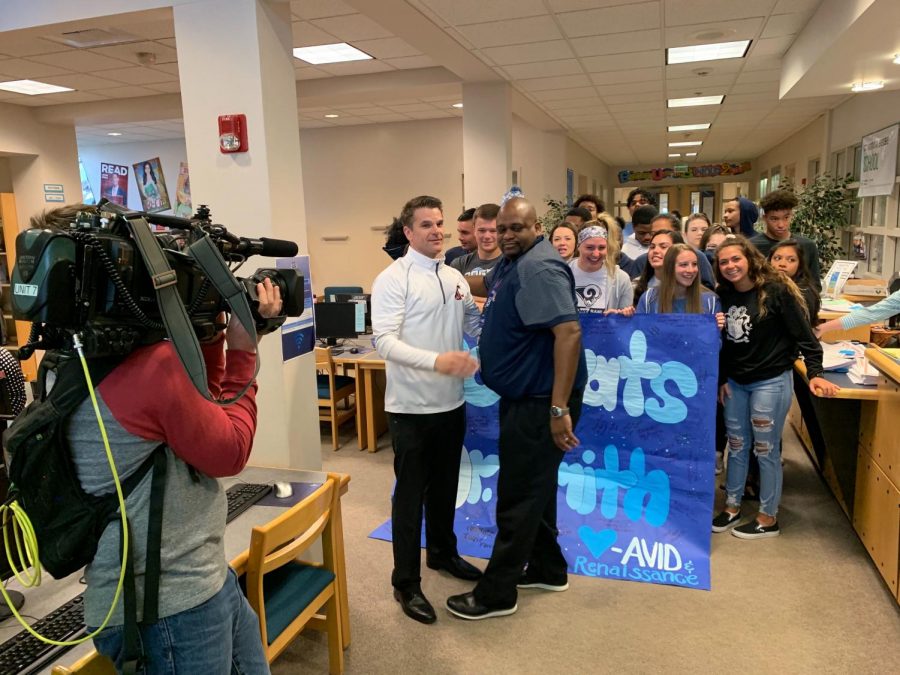 Jostens Renaissance Educator of the Year award recognizes those who positively impact the climate and culture of their schools; only two educators across the country are selected for the award.

Smith came in on Monday expecting a regular staff meeting, but instead was surprised with an award. A staff member secretly nominated him for the prestigious award. Smith said he was speechless, surprised, and honored.

“Our theme at Rogers is very simple. We love kids and teach and that’s what we do — we show up every day for them, we love them, we hold them accountable, we teach them, we educate them and it’s an honor to do what we do, that’s how you have to look at it,” Smith said.

Smith has only been principal at Rogers for five years. Prior to that he was the principal at Puyallup High School for seven.

“Jason is the heart and soul of Rogers High School and the reason our school culture is so strong.” Colleen Pancake said. “He’s the true definition of a servant leader, always striving to take care of his staff and students in any way possible.”

He will be honored at an awards banquet Jostens Renaissance National Conference in Florida over summer break as well as Washington D.C. to be recognized as principal of the year.