Another successful Decision Day in the books

The annual celebration highlighted the class of 2019 seniors and their post high school plans. 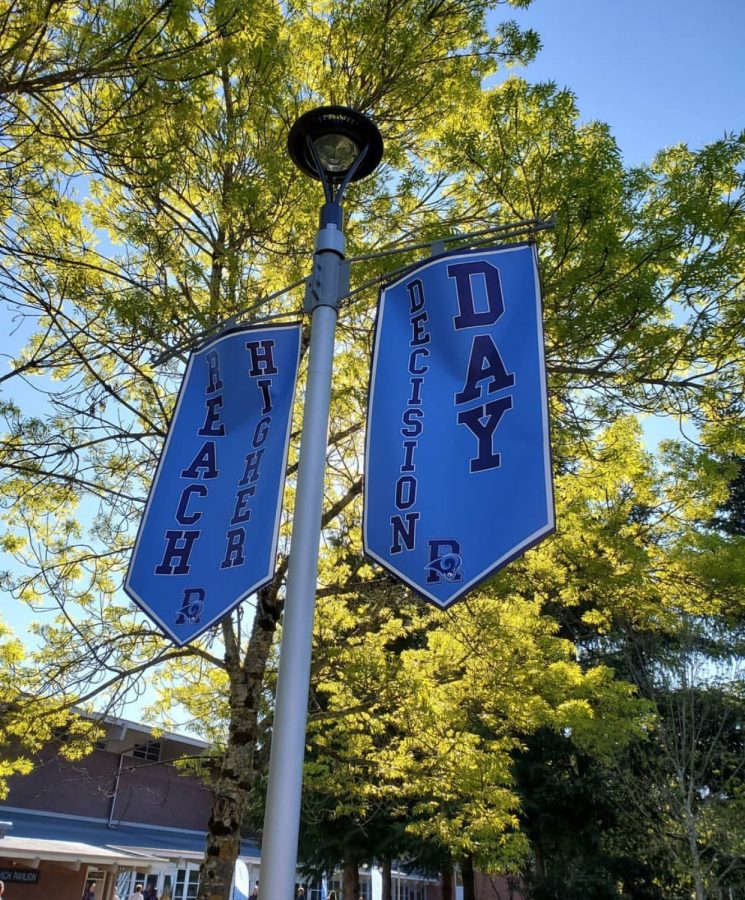 Roughly 250 Rams in the class of 2019 got to show off their post high school plan to their classmates at Rogers’ annual Decision Day on April 30. Students starting apprenticeships, going into the military, attending two-year colleges, and attending four-year universities were all included in the festivities to celebrate their post-high plans.

Along with showing off post-high plans, the Decision Day assembly announced a pair of scholarship winners and contained a keynote presentation from senior Kristina Harris.

Harris is attending Baker University next year and is a member of AVID, an AP student, and champion bowler. She spoke about her high school experience.

“AVID is the reason why I am standing in front of you today,” she said in her speech, ultimately congratulating the class of 2019 on their success and perseverance.

Two seniors received scholarships at Decision Day: Angeles Ceras-Medina and Anel Sanchez-Aparicio. Both are first-generation college students, and they received their scholarships due to their hard work in high school, community service experience, and exceptional character. Ceras-Medina is going to Pacific Lutheran University next year with plans to study nursing; Sanchez-Aparicio is attending Green River Community College for dental hygiene.

For the class of 2019, the plan of attending Pierce College was the most popular, then University of Washington, followed by Washington State University. Only a handful of students planned to go into the military, attend East Coast schools, and go to Eastern Washington University.

All RHS seniors were welcome to join the event, as long as they had a post-high plan and had communicated with AVID teacher Colleen Pancake that they wanted to be included.

Senior Joseph Song was one of the students in the assembly, planning on attending the University of Washington next year. He said that he thought the event “was a little weird…because thinking back to when I was a sophomore, I would not have expected time to fly by so quickly.” He said that he thought Decision Day “went smoothly”, and wouldn’t want to change it, since it is fairly straightforward and simple.

In addition to students, parents and college representatives were invited to Decision Day. Forty representatives attended the event and were able to join in on picture taking and hand out swag to their new class of 2023. Parents had the opportunity to take pictures of and with their students, and celebrated the RHS seniors along with the rest of the school.

Plenty of underclassmen were at Decision Day, cheering on their seniors. One sophomore, Victoria Trivitt, said that she liked “seeing where everyone is going next year. Seeing where they are going has inspired me to think about my own future.” For her Decision Day, Trivitt hopes “my family will come and I can reminisce with my friends.”

Decision Day is nationally recognized as being on May 1, thanks to former first lady Michelle Obama who started it in 2015 as part of her Reach Higher initiative “to promote college going and completion.” Decision Day is most well known as being for college decisions, but RHS has been working to fairly represent all post-high plans in its Decision Day celebration.

Rachel Rajel, a senior, was not involved in the Decision Day assembly.

“I’m planning on working for the summer until I turn 18 and then go through a training program and painter’s apprenticeship in Tacoma” she said, but couldn’t participate in Decision Day because she cannot apply for her apprenticeship until she turns 18, meaning she had no materials to submit to Pancake for the assembly.

“I think there should be an option for students who are committing to the trades after high school…there are other options for someone to get into the trades like an entry level job or with a career building company,” Rajel said, as getting into a trade does not solely mean doing apprenticeship or going to a trade school. Adding an option for students going into jobs would be one way that Decision Day could become more inclusive to all students, she said.

Decision Day was generally a positive experience for most students, and is an important tradition to Rogers. The class of 2019 is finally in the endgame. Congrats! 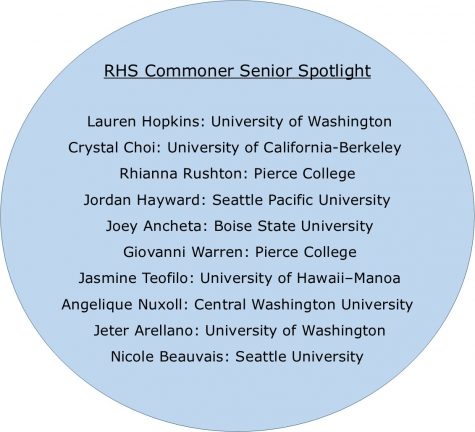