The Consequences of Vape: What’s the Risk?

Vaping has become a common part of today's society. But, what most users don't know, is that it is more dangerous than they believe. 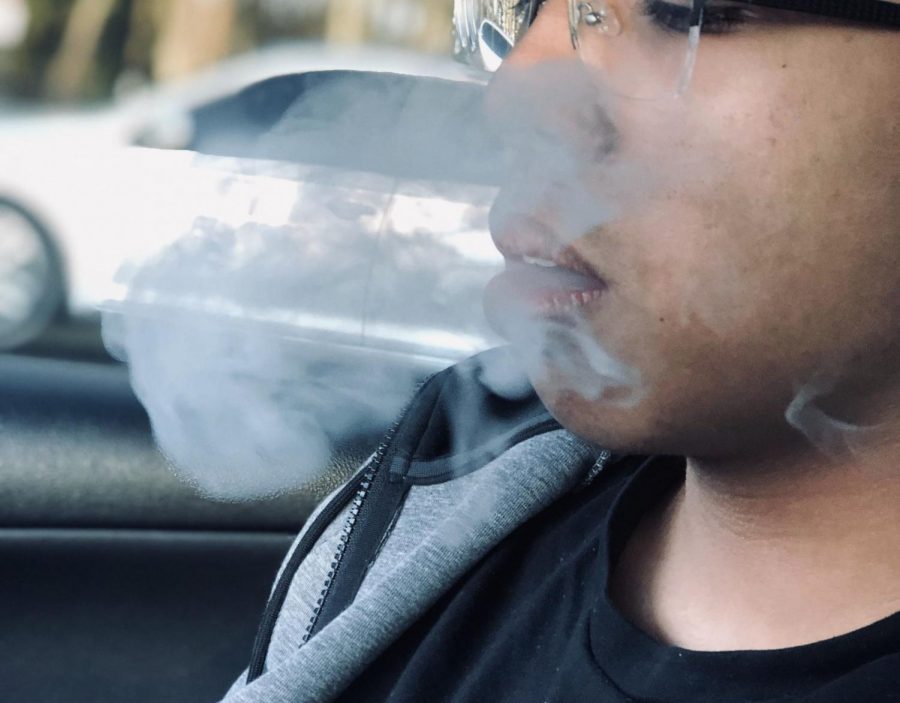 Is regular vaping damaging your body?

As the popularity of electronic smoking increases, is the aspect of health decreasing? Are regular cigarettes just as harmful? With society’s new addiction, growing since 2007, it’s important to address the negative side of taking part in this action. After all, is looking cool for peers worth the risk?

For those who are unsure exactly what vaping is, Linda Richter, the Director of Policy Research and Analysis on the science of nicotine, says it’s “the act of inhaling and exhaling the aerosol, often referred to as vapor, which is produced by an e-cigarette or similar device. … Generally, a vaping device consists of a mouthpiece, a battery, a cartridge for containing the e-liquid or e-juice, and a heating component for the device that is powered by a battery. When the device is used, the battery heats up the heating component, which turns the contents of the e-liquid into an aerosol that is inhaled into the lungs and then exhaled.”

As most RHS students were already informed during a Ram TV episode, vaping is more dangerous than most teens seem to realize. According to CNN, the usage of e-cigarettes for high school students has increased by 900 percent in just 4 years. The Washington State Department of Health posted statistics stating that 15.5 percent of youth in Washington used tobacco products in 2016 and that 104,000 youths alive today will die prematurely from smoking.

Based on The Guardian’s survey on how often they vaped, journalist Jessica Glenza reports that “one in four 12th graders…vaped nicotine, and 11.9%…vaped marijuana.”

After interviewing a couple of students here at Rogers, it has become eye-opening that the daily use of vaping is a gradually growing cause of addiction in teenagers everywhere.

Answering the question “Why do you vape?”, one student, who spoke on the condition of anonymity, said they do it because “it’s become a habit that I picked up through my peers and I do it mindlessly.”

Often when asking other schoolmates why they vape, you will receive responses claiming that it’s not as bad as smoking real tobacco. However, this is a misunderstanding.

Back in the day, mainly the early 1900s, American citizens thought nothing of the potential consequences of smoking cigarettes. It was common normalcy; nurses even smoked in hospitals! A few decades later, “Large epidemiologic studies conducted by Ernst Wynder and others in the 1940s and 1950s linked cigarette smoking and lung cancer. In 1964…the Advisory Committee to the US Surgeon General concluded that cigarette smoking is a cause of lung and laryngeal cancer in men, a probable cause of lung cancer in women, and the most important cause of chronic bronchitis in both sexes,” the Cancer Network states.

Due to these discoveries by the Advisory Committee smoking was declared to be a life-threatening “health hazard.” With all considered, we could currently be the naïve Americans in the 1920s who believed smoking cigarettes was harmless, except now we believe vaping is harmless. Most of us aren’t aware of how it will affect our health in the long run.

Portland State University researchers James Pankow, David Peyton, and Robert Strongin’s scientific experiment on electronic cigarettes revealed that, “At high voltages, e-cigarettes produce from five to 15 times the amount of formaldehyde as regular cigarettes…Formaldehyde is a known carcinogen. Because they contain no tobacco, however, e-cigarettes are largely unregulated.”

For those unfamiliar with formaldehyde, it is a natural compound gas made up from acetone and water and mainly used to preserve dead bodies. In addition to impacting the nervous system, “formaldehyde is a respiratory irritant that causes chest pain, shortness of breath, coughing, and nose and throat irritation, according to the ATSDR. It can also cause cancer and has been linked to an increased risk of asthma and allergies in kids”, says Deirdre Imus, President and Founder of The Deirdre Imus Environmental Health Center at Hackensack University Medical Center.

Nonetheless, that isn’t the only fatal existing chemical in vape. According to Pankow, “E-cigarettes are becoming more complicated and more like real cigarettes by the day. …They use extremely high temperatures to vaporize their fluids and contain high levels of chemical additives.”

Clearly, with more and more added chemicals and preservatives to each upgraded vaping device (vaping pens, PODS, JUULS, etc.), the common electronic cigarette is becoming even worse than normal cigarettes, and even worse for our bodies.

One of the main reasons why students assume vaping is “safer” than cigarettes is that they’re inhaling water vapor rather than a tobacco product. However, that “water vapor” is defined as aerosol, a substance consisting of fine particles that contain toxic chemicals, Richter said. To add on, students are reassured by the fact that there is said to be no tobacco product in vape. Yet, they are okay with, “… propylene glycol or vegetable glycerin-based liquid with nicotine, flavoring, and other chemicals and metals … THC, the chemical responsible for most of marijuana’s mind-altering effects, or even synthetic drugs like flakka.” According to researcher Kate Federici, Flakka is “considered more addictive. It is also more dangerous than cocaine, and similar to, but cheaper than methamphetamine.”

It also appears that the common vaping device JUUL, which takes up 72 percent of the market share in the U.S. for vaping devices, “contains a high dose of nicotine, with one pod or flavor cartridge containing about the same amount of nicotine as a whole pack of cigarettes,” Richter said.

With everything now considered, one can either ignore the potential health risks of vaping or realize the cost and make an effort to stop this habit before it gets worse. Which path will you take?