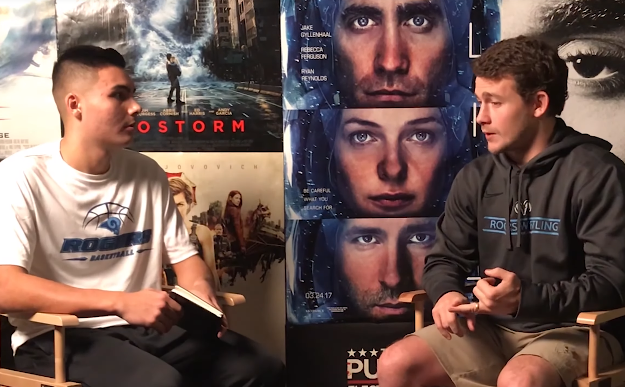 Besides providing Rogers with the usual, daily program of RAM TV, Studio 214 has started a new endeavor in the form of live streaming.

For the first time in Rogers and Puyallup School District history, there are regular, scheduled and high-quality live-streamed events of all things RHS, broadcast directly through YouTube. Already this year, Studio 214 has streamed numerous football games, boys and girls basketball games, volleyball games and wrestling matches, along with other non-sports events like the KING 5 Pep Rally of the Week and Veteran’s Day assembly.

There are a number of benefits of live streaming for students at Rogers.

With the live streaming of Rogers events, people unable to attend games or events, for whatever reason, can simply pull out their phone or flick on their TV and watch high-quality coverage of the event as if it were on ESPN.

This is fantastic for students with out-of-state relatives who constantly tune in Studio 214 on YouTube and are able to watch events as if they were actually there.

One family member, Kristine Brooks, even went as far to say, “It’s so cool to be like we’re there even though we’re so far away.”

This sentiment is no doubt shared among other people.

Junior Jessica Leith shared that she likes how it makes “games and events more accessible.”

Live streaming cameraman and video productions student Kirk Cole also went on to say how he got the best seat in the house while producing the live stream and that the intensity of the game transferred over to the live stream.

“Doing the live stream also gave me a different perspective of the game and I liked being able to go back and watch it again,” he said.

But how did the idea and concept for live streaming at Rogers come to fruition?

Rogers’ video production teacher Justin Rambow said that the the addition of live streaming has been in the works for four or five years with the vast majority of home boys and girls basketball games as well as wrestling matches having been streamed.