Want to learn more about the initiatives on this year's ballot? Read on to learn the facts and arguments. 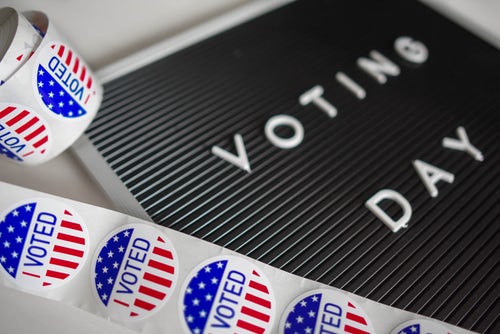 Election day is quickly approaching. The general election is set for November 6, 2018. Here is a quick summary of the different initiatives, amendments, special elections, and the advisory vote on the current ballot. The Washington State Elections include Initiative Measures No. 1631, 1634, 1639, and 940, as well as Advisory Vote No. 9. The Pierce County propositions include three Pierce County Charter Amendments, the Special Election for Pierce County Rural Libraries, and the Special Election for Central Pierce Fire and Rescue.

Measure 1631, according to the Washington State Voters’ Pamphlet, is a measure that will “charge pollution fees…and use the revenue to reduce pollution, promote clean energy, and address climate impacts.” The state has already set goals to reduce the number of greenhouse gasses that are produced in Washington and there are already laws in place to reduce pollutants such as standards for buildings, vehicles, power producing facilities, and more. The fee would start at “fifteen dollars per metric ton of carbon content” and would be subject to inflation and an increase by two dollars every year. The money collected would be used to invest in projects and programs that would work to reduce pollution or create clean energy, clean up existing pollution, and educate communities about the impacts of climate change. Those against the measure fear that the largest polluters will be exempt and the energy tax will increase with no cap.

Measure 1634 will “prohibit new or increased local taxes…on raw or processed foods or beverages.” Local governments have the power to create new taxes. For example, Seattle has created a tax on sweetened beverages, but the state has taxes on prepared food, alcohol, cigarettes, and other products. This measure would prohibit tax groceries such as fruits, milk, condiments, and more. Critics of this measure argue that it would take away the power of local governments and give that power to the state for this tax and future decisions.

Measure 1639 will “require increased background checks, training, age limitations, and waiting periods for sales or delivery of semiautomatic assault rifles; criminalize noncompliant storage upon unauthorized use.” This measure would make the process to purchase a firearm more rigorous and make it a crime to store a gun where an unauthorized person would be able to access it and that person shows that they intend to do harm to themselves or others.  Opponents of this measure think this would take away constitutional rights, decrease the accessibility of firearms for self-defense, and ultimately be ineffective in preventing guns violence.

Measure 940 will “require law enforcement to receive violence de-escalation, mental-health, and first-aid; and change standards for use of deadly force adding a ‘good faith’ standard and independent investigation.” This would apply to all “peace officers” including police officers, state patrol officers, and Fish and Wildlife Officers. Arguments against include that the training and independent investigations would cost a lot to provide additional training and cause officers to hesitate in pressure situations.

Advisory Vote No. 19 is to give input and opinions of the population to the legislature about a law, but the results of the vote will not directly affect the law. The vote is for the Engrossed Second Substitute Senate Bill 6269 that addresses the tax increase on oil and gas in response to oil spills. The Senate had 42 Yeas and 7 Nays. The House of Representatives had 62 Yeas, 35 Nays, and 1 excused.

Proposed Charter Amendment No. 48 concerns a “Biennial County Budget Cycle.” This amendment suggests that the budget cycle is changed from every year (annually) to every other year (biannually). The reasoning behind this amendment is to give Council members time to devote more focus to other matters instead of discussing the budget every year.

Proposed Charter Amendment No. 49 involves the “Procedures for Initiative, Referendum, Agenda and Charter Amendment Petitions.” This means that the amendment would create and clarify political terms such as the difference between “business days” and “calendar days.” It would also create a set of requirements and form styles for legal documents like petitions.

Proposed Charter Amendment No. 50 addresses “Filling Vacancies in Elective Offices.” This amendment would allow the Pierce County Council the ability to fill an empty partisan office by choosing and appointing a person from a list of three candidates provided by the party concerned.

The Pierce County Rural Library District has a Special Election for a levy lift. This proposition asks to increase the property tax levy to fifty cents for every thousand dollars to give funding to preserve libraries services in our district.

The Central Pierce Fire and Rescue has a Special Election for a “Six-Year Levy Lid Lift.” This proposition wants to vote to raise the levy limitation so that the levy rate for Fire and Rescue would remain at one dollar for every thousand dollars of assessed property value.