How mental illness depresses the life of students

More people than you realize suffer from mental health issues. 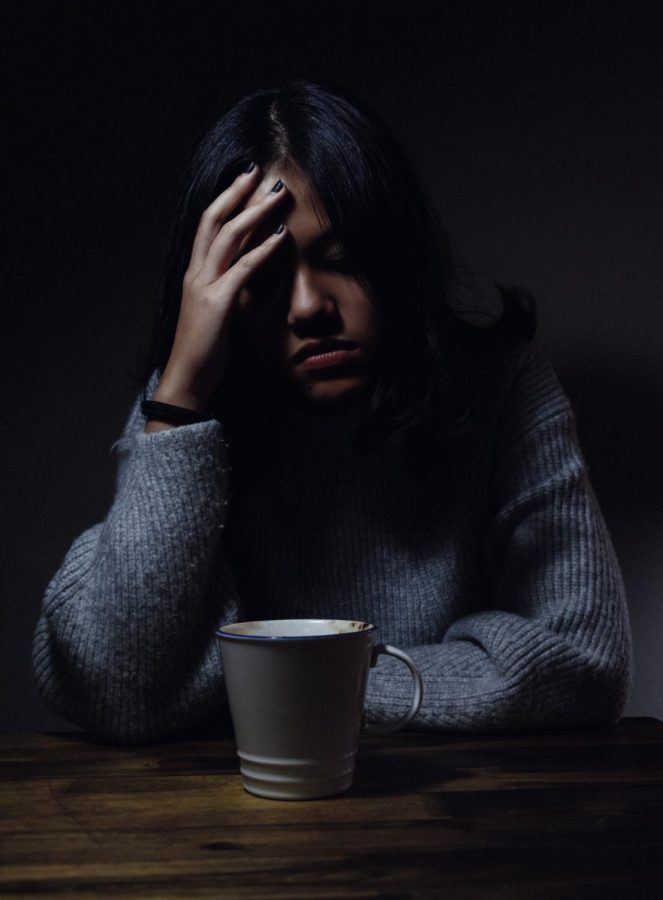 Mental health issues plague a majority of the student body.

Anxiety and depression are problems that many students struggle with. Anxiety by definition is a nervous disorder characterized by a state of excessive uneasiness, typically with compulsive behavior or panic attacks. Quite a few people with anxiety also have depression, which is a mental condition shown by feelings of severe dejection, typically also with feelings of inadequacy and guilt usually accompanied by a lack of energy and disturbance of appetite and sleep. These disorders have a huge affect on productivity and social life.

When asked how their anxiety affects their everyday life one student, who wanted to remain anonymous, said “I’m constantly feeling paranoid about my surroundings and worried that something  I do or say is going to be wrong, causing me not to feel okay with asking questions in class or asking anyone for help, or participating in class.” The same student also added the statement, “As for my depression, it causes me not to really see a future for myself so part of me is always saying ‘why should I even do this anyways?’ I don’t have the energy or mindset to care about doing good in class.”

When asked if they thought people realized they had anxiety or depression another student also remaining anonymous replied with answers of “People don’t really realize I have anxiety or depression, but there are those few, usually those who suffer themselves, who can tell based on how I act on a day to day basis,” or “People know I have it because I’ve attempted suicide before, and everyone at my school was very supportive.” It’s stories like these that make it important to spread the word that mental illness is not something to be taken lightly.

People with mental illnesses have had to learn how to cope with these problems. Although it helps, it is still very difficult for them to deal with. Examples of these coping mechanisms are listening to music, journaling, and art, but for some this isn’t enough. Sadly, some resort to self harm such as cutting their wrists or even their thighs to avoid detection.

Some students also feel that their anxiety and depression affects their school work in a negative way, that they don’t have the energy to stay focused because they are anxious about something. The same student responded to the question of if it affected their school life by saying “It did, when my depression was much worse and I had such bad anxiety that I wouldn’t participate in class.”

When asked why they don’t speak up about their problems to their peers and teachers students responded that they think that they won’t understand their issues and make any accommodations.

Other students voiced that they feel alone in their struggle, or that when people help them feel better they think they “fixed” them. The same student followed up with stating, “There are people that can help me but this is such a recurring problem in my life, and every time they do help they think they fixed me for good when that’s not how it works. I kinda gave up on relying on others and leaning on them for help.”

When students were asked if they thought Rogers has enough outreach for those suffering from mental illness they responded with no. One student said that they felt that the counselors and teachers they are told to talk to if they are having problems aren’t enough help and even went far enough to say that they aren’t trying to help with these problems, that in the eyes of some the counselors other things are more important.

The more open the school staff and students are about these issues, the more that we can help students who need it to make their lives easier in their struggle against mental illness. For some people just being there for them and able to talk with them if they need it is help all on its own. Others hide it well enough that people don’t even realize that they have a mental illness. Some of the signs of anxiety and depression are nervousness, panic attacks, not wanting to participate, fatigue, and feeling down. Sometimes just being there for someone is all you can do to help them with their fight against anxiety and depression.