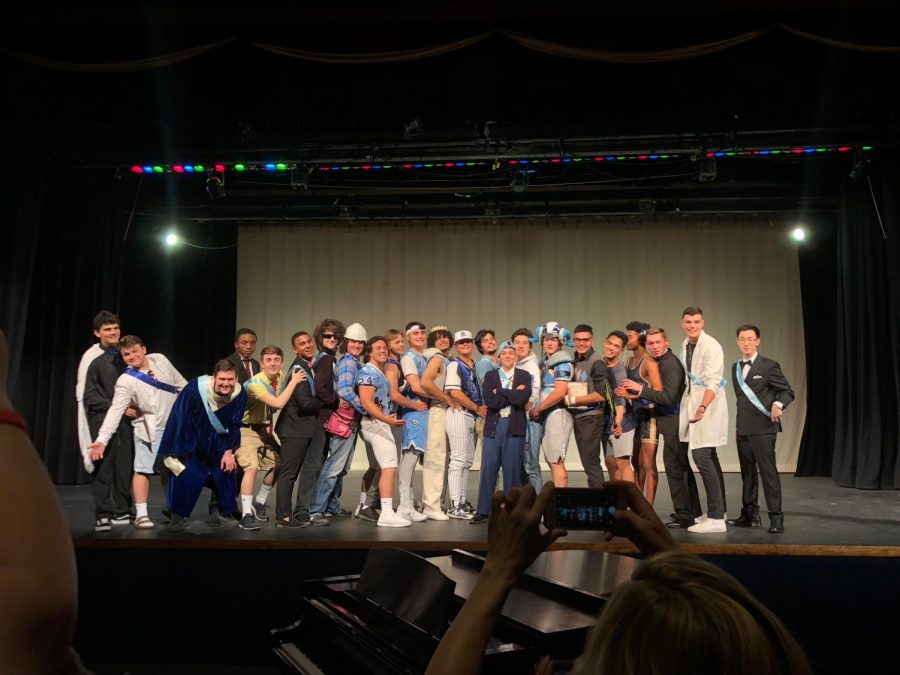 On May 31, Matthew Suce, Mr. JROTC, became the victor of Mr. Rogers, after two hours of walking, performing, and talking on the PAC stage. His talent, a rifle spinning routine, was set to Queen’s “Another One Bites the Dust”. Typically, the winners of Mr. Rogers perform a talent that leaves audience members laughing. Suce’s talent was atypical of past Mr. Rogers victors, and was more serious than funny, but showcased how the event can be one of both serious skill and light humor.

Suce said, “I didn’t expect to win Mr. Rogers. I thought the other guys had a pretty good competition.” But, he continued, “If there’s one word I could use to describe being Mr. Rogers, it would be amazing.”

The runners up to the Mr. Rogers title were Mr. Rambassador, Daniel Lee, and Mr. Swim, Gavin Bishop. Daniel Lee performed a scathing stand-up routine, attacking the current influx of last minute, end of the year assignments and finals, along with the dreadful Literature trope of over analyzing the tiny details of everything.

Gavin Bishop took on a “jazzercise” persona, neon leggings and all. Accompanied by two other misters, Bishop jumped, ran, and shouted for an entertaining few minutes, leaving the audience roaring.

Marie Hoffman, a junior, said she was rooting for Mr. Orchestra, Conall Houston, “because she knew him”. The opinions of the audience were skewed, with all of the misters receiving cheers and support as they performed.

With twenty-three competitors, ranging from Mr. English to Mr. Band and Mr. Photography, the misters represented almost every category of extracurricular activity.

For those unfamiliar with the contest, Mr. Rogers is affectionately called a “male beauty pageant”. Each mister, representing a sport, extracurricular, music department, or class subject, competes for the coveted Mr. Rogers Sweater. To win the title, the misters show off their talents to the audience and judges and provide their best answers to a variety of questions from the MCs. Some of the misters show off a legitimate talent, such as Mr. Key Club, Russell Brosnon, or Mr. Choir, Cameron Daves, who sang while playing the guitar and accordion, respectively. Others, such as Mr. Manager, Reece Rivera, and Mr. Science, Dylan Nasinec, show off their comedic talents instead. Overall, the entire show is a hilarious mixture of seriousness and fun, leaving the majority of the audience with anecdotes to share for the rest of the school year.

Andrea Guillen, a sophomore, said “the dance number at the beginning was great”, highlighting one particular moment of hilarity, the beginning of the show, where all the misters danced a choreographed routine.

After all twenty-three of the misters battle it out for the crown (or, sweater), the three judges reveal the winner to the group. This year’s judges were Willie London, Kris Cosme, and Shannon Doran, three members of the beloved RHS Staff.