Emphasis on college from parents and teachers overwhelms many students. 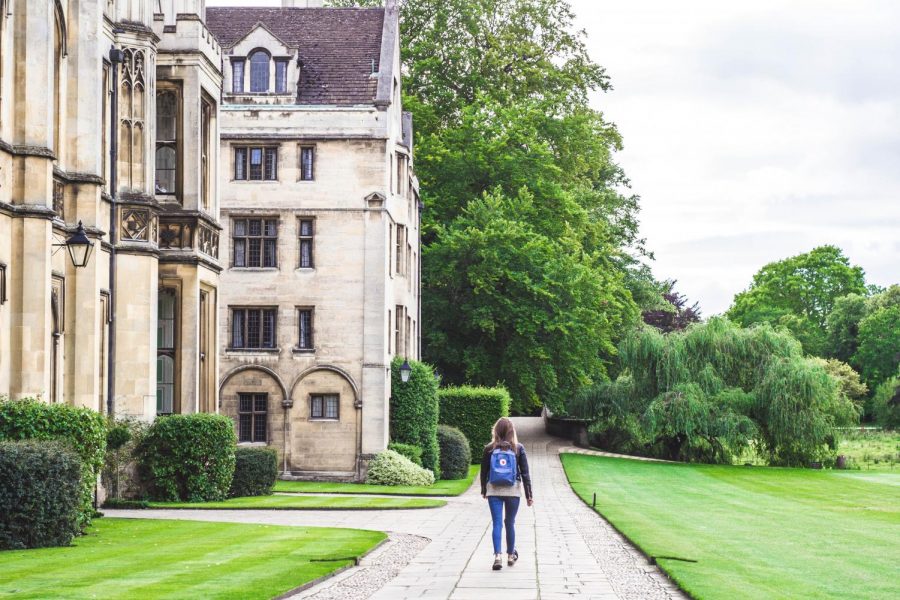 Photo by Victoria Heath on Unsplash

Many students believe that there is a pressure on them to go to college.

A common sentiment among parents, as Flom’s example proves, is that they are trying to create a better life for their children. They want their kids to have experiences that they were deprived of.

These kinds of opinions make it difficult for students, especially ones making post-high school decisions that their parents do not necessarily agree with.

It is difficult to take an idea firmly rooted in people’s minds, such as college being the key to success, and transform it to be more inclusive. That makes it understandable as to why students feel a pressure towards college. People are going to continue to believe what they have always believed, even if it is not beneficial to others.

Another way that parents put pressure on students to go to college is through success stories. Junior Melanie Ballard said her parents use this explanation to pressure her to go to college.

“They are both in the medical field,” she said, “and really want me to go to college so I can have more job opportunities, and be financially stable.”

Since they gained success from attending college, many parents use their story to influence students’ post high-school decisions. They have a certain idea of what success means, and it can only be achieved through college.

When asked if students feel a pressure to go to college, Rogers High School principal Jason Smith summarized his thoughts by saying that the Puyallup School District is not making it their goal to put pressure on college, but rather trying to express to students how important it is to have some sort of plan after high school.

Richard Mitchell, Rogers career specialist, said that “the Puyallup School District is taking steps towards emphasizing other post-high plans, such as apprenticeships.” Smith and Mitchell seem to be on the same wavelength, as they both said that the school district does not mean to put pressure on college, and that there are plenty of other options open to students.

So why do students feel a pressure to attend college, but educators believe that pressure is minimal?

Primarily, this is because of influences at home. Rogers is attempting to steer away from a college-heavy perspective, but parents are not.

As Flom and Ballard have shown, parents are eager to push their children towards college.

In addition to parental pressure, some students believe there is a pressure from their peers to go to college.

Flom agreed that students judge one another for not choosing to go to college. She was not the only person to say so. It seemed to be generally agreed that there is a stigma towards students choosing other paths.

Mitchell said that there is a stigma “towards people who choose not to do anything, or who take a ‘Gap Year’,” and continued by saying that ending high school without some sort of plan allows life to get into the way, often preventing students from succeeding.

Despite adults saying that all post-high choices are created equal, there is obviously some social stigma that makes students believe that they will be judged for not choosing to go to college.

Krista Mott, a sophomore at RHS, had an insightful opinion on post-high school options.

“I believe that it [going to college] does have an impact on broadening your career choices, however, I also believe you can be successful without it. Everyone’s situation differs. It’s you and your work ethic that decides how successful you want to be.”

A college degree should not determine your worth, just as how you are more than a GPA or test score. Pressure from others should not prevent you from making the right decision about your future. There are plenty of benefits from choosing a path beside college, especially if you are choosing one that is right for you.

The most valuable advice that Smith would give a student choosing a post-high school path beside college is to  “stay informed about your decision, and choose something that is beneficial to you,” meaning you should consider all of your options, and make a smart decision about how you want to spend the next point in your life. Your career or college choices are not necessarily ones you will be stuck with for the rest of your life, but why waste time doing something you are not passionate about? If you have access to resources that will allow you to make a well-informed decision, why not take advantage of them?

Overall, there is a very real pressure on students to go to college. Whether from parents, educators, or other students, there are stigmas that influence people to want to choose college. However, no one should force you to make a certain decision. Your future is in no one’s hands but yours and any amount of outside pressure should not change that. Only you can make a decision that is best for you.